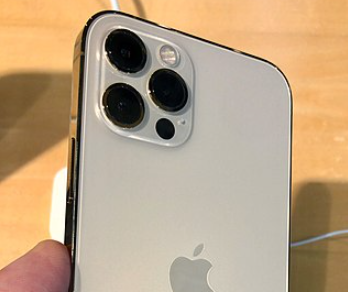 TikToker Bashed for Thinking All Apple iPhone Cameras Should Work When Recording a Video
(
Screenshot From Commons.Wikipedia.org
)

A TikToker has been bashed on Twitter for posting a short clip questioning why not all of Apple’s back cameras work when taking a video. The video was automatically shared on Twitter and most reactions weren’t that pleasant.

The official video was uploaded on TikTok but was shared to Twitter where a lot of netizens gave their comments regarding the video. One comment noted that the other cameras were actually for portrait mode and not all were needed to take a video.

tell me this isn’t real ✋😭 pic.twitter.com/I6iDqSiiVI

The Use of Multiple Cameras

In general, different cameras usually have different purposes. Apple and other smartphone manufacturers are intentionally adding different cameras so that they can focus on certain specific modes when taking a picture or video. The cameras, however, can work together in order to provide higher quality pictures or videos.

An article by Samsung explains why there are usually multiple rear cameras on the latest phones. As smartphone technology advances, so does the general mobile camera technology. The result is seen in how a number of cameras now feature a number of rear cameras at the same time.

Some phones are equipped with dual cameras, some with triple cameras, and some with quad cameras in order to provide its users with pro-level photography features in their smartphone. With the addition of more cameras, users are now able to simply access broader photo-taking abilities.

Read Also: The New iPad Pro (2021) Leaks Reveal Triple Array Camera and Processor As Powerful As What Macbooks Use

Users can now simply utilize the optical zoom to use for a clearer close-up, switch towards a more wider field of vision in order to capture a scenic view, and more! The cameras can also work together in order to make the photos or videos taken look much better.

Samsung also shared that the recent addition of the new DepthVision Camera to its Galaxy phones would allow the camera to go beyond photography and into accessing Augmented Reality capabilities. Samsung clarified that despite having two, three, or even four or more cameras, they all work separately and also in harmony in order to provide users with an innovative mobile camera experience.

This article is owned by Tech Times

ⓒ 2021 TECHTIMES.com All rights reserved. Do not reproduce without permission.