Samsung released the Galaxy Tab S7 series in August 2020, but its successors might arrive a bit early. The Galaxy Tab S8 name appeared on the Support page of the Samsung Ireland website.

According to the page, a device called Samsung Galaxy Tab S8 Enterprise Edition supports microSD cards up to 1TB capacity and has room for a nano-SIM card. 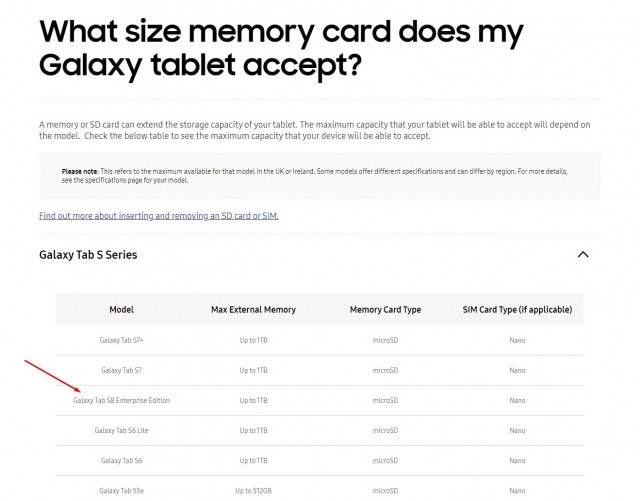 This could be a mistake, given the fact the list does not include a Galaxy Tab S7 Enterprise Edition, but then again, it has been half a year since the Tab S7’s arrival, and a new lineup could be just around the corner.

Samsung’s Enterprise Edition devices are usually sold to partners through other distribution channels, but end customers can also purchase them for their small businesses. The difference from a regular version is an extended, 4-year security update schedule, one year of Samsung Knox, and enhanced support and protection – all of this at a slightly higher retail price.

Source | Via (in Romanian)