Apple’s iPhone production in India is starting to feel the impact of geopolitical tensions between India and China, due to limitations in the issuances of entrance visas, the South China Morning Post reports. 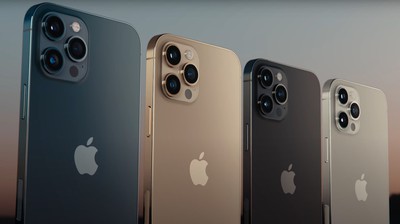 India and China have been in a state of heightened tension following clashes at the border earlier last year. India has banned a number of Chinese apps, and is now issuing visas to Chinese nationals to enter the country at a slower pace than normal. According to people familiar with the situation, India has been at a near standstill with issuing visas for Chinese engineers, who are needed for Apple suppliers in the country to set up factories or get production underway.

It’s important to note that countries around the world have beefed up border control measures amid the global health crisis. The South China Morning Post fails to address the health crisis as possibly being the reason that India has been slow to issue visas. Either way, however, India’s tight border control does seem to be hindering production.

The news comes following reports this week that Prime Minister Narendra Modi’s government is set to announce a new PLI (performance-linked incentive) scheme to bolster the country’s exports of IT products such as tablets, servers, and PCs. Apple’s reportedly nudging the government to increase the scheme’s budget as it hopes to begin iPad production in the country.

Apple suppliers such as Foxconn and Pegatron have already engaged with the Indian government on past schemes by increasing investment in the country and operating mass production lines for select models of the ‌iPhone‌. This is all part of an overarching push by Apple to de-prioritize China as its main production hub, and instead move to countries such as India or Vietnam.

Note: Due to the political or social nature of the discussion regarding this topic, the discussion thread is located in our Political News forum. All forum members and site visitors are welcome to read and follow the thread, but posting is limited to forum members with at least 100 posts.