iPhone 13 shipments this year will exceed the current generation

William Yang, an analyst at JPMorgan Chase, said in a new forecast that Apple, like last year, will release four models of the new line of smartphones. So far, sources indicate that the new lineup could be called the iPhone 12s or iPhone 13.

The analyst, citing his Apple supply chain informants, says that all new models will retain the same screen sizes as the iPhone 12 line, but Apple will reduce the notch and slightly increase the body thickness.

The increased thickness of the case indirectly indicates that Apple will finally increase the battery capacity of its smartphones. iPhone 12 users complain the most about the short battery life of smartphones, especially with the fifth-generation mobile networks. Apple seems to have heeded the criticism.

The same analyst said Apple will stop manufacturing the iPhone 12 mini in the second quarter of 2021, while the company will make tangible changes to the iPhone 13 mini to make it more attractive and marketable. 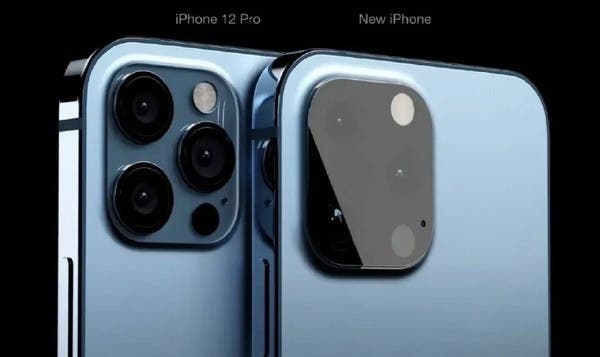 According to Counterpoint Research, shipments of iPhone smartphones increased 22% in the previous quarter. The surge is driven by the release of the iPhone 12 lineup, which supports fifth-generation networks. Also, sales of previous models did not fall, the demand for which is stable after the price decline.

The second place in the quarter belongs to Samsung, which received about 19% of the market. The third place went to Xiaomi, followed by Oppo and Vivo, which took the fourth and fifth places, respectively. Huawei dropped to 6th place.

If we consider the results for the year, then Samsung is in the lead, Apple is second, Huawei is third, followed by Xiaomi, Oppo, Vivo and Realme. The latter was the fastest growing brand in the past year.

Counterpoint Research’s data is broadly consistent with estimates by another analyst firm, IDC, which we have already published.