Apple wins a Patent for Virtual Controls on an iPhone, for ring devices that work with a Future VR Headset or Glasses & more

In November 2019 Patently Apple posted a report titled “The Latest trend of Physical Buttons on a Smartphone being replaced with Touch Controls is one that Apple is likely to Adopt.” The report was covering Huawei’s new Mate 30 Pro smartphone introducing dual side controls. 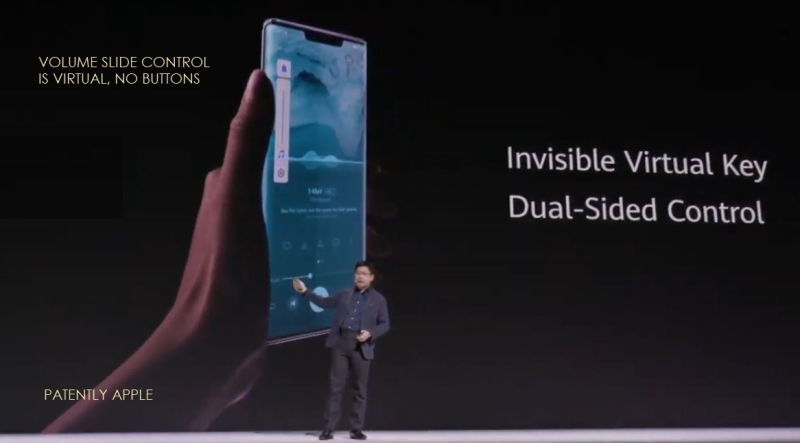 Today the U.S. Patent and Trademark Office officially granted Apple a patent that relates to virtual touch controls that could apply to the housings of iPhones (iPads) a future VR headset or glasses, finger rings and more.

Apple states that haptic output components may be used to apply an apparent force in a given direction relative to a device housing surface such as a housing sidewall surface or other device surface. Control circuitry in a device may direct a haptic output component to produce the apparent applied force perpendicular to the surface or tangential to the housing surface. The apparent applied force may be provided as feedback while the control circuitry is directing a display in the device or in an external device to provide a user with visual content based on the user input. By adjusting the direction of the apparent applied force, a user may be provided with sensations such as increased or decreased weight, increased or decreased lateral force, friction (resistance to finger movement in a particular direction), slippage (finger movement assistance), rendered boundary effects, and/or other directional haptic effects. 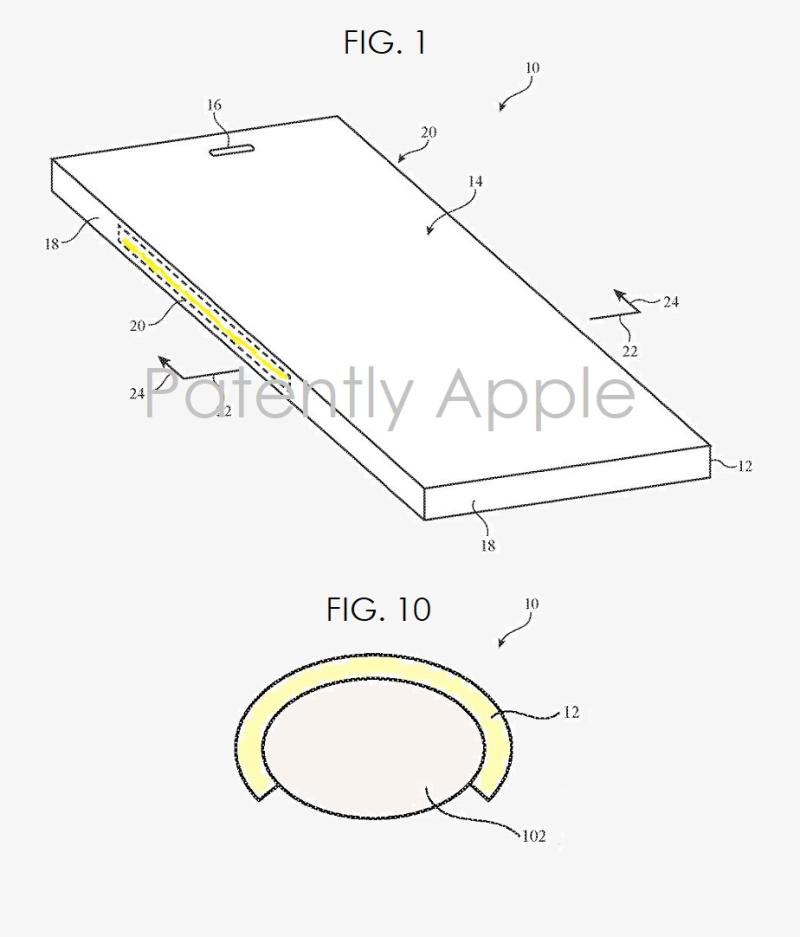 In the example of patent FIG. 10 above, device #10 has a finger-mounted housing such as housing #12. The housing has a ring shape or a U-shape (e.g., with an exposed finger pad region) that mounts on a user’s finger (finger 102). Haptic output components may be formed on the housing to provide the user with haptic output such as directional haptic output. Finger devices could be used to work with a VR Headset of future glasses.

Apple notes that the application could apply to many future devices including VR gloves, headphones, Apple Watch, VR headset, glasses, finger-mounted devices, a television, a case, a vehicle and more.

Tags: 4 imagesApple wins a Patent for Virtual Controls on an iPhonefor ring devices that work with a Future VR Headset or Glasses & more
Previous Post

Why no laptops for schoolchildren?

Why no laptops for schoolchildren?