Despite a delayed launch, the iPhone 12 has taken the market by storm. According to Counterpoint Research, the iPhone 12 became the world’s top 5G model within a few weeks of its launch. The iPhone 12 and 12 Pro together snapped up nearly 25% of total smartphone sales in October. A report by Consumer Intelligence Research Partners conveys a similar story. It notes that iPhone 12 models accounted for 76% of new iPhone sales during October and November.

For the quarter ended December 31, 2020, Apple’s (AAPL) iPhone sales climbed 17.2%, driven by the latest iPhone 12 launch. There is much pent-up demand for the 5G upgrade, especially for the iOS base, which is manifesting itself in brisk purchasing activity. In addition to buying AAPL stock to capitalize on robust iPhone sales, investors should consider semiconductor stocks as direct suppliers to AAPL. Their advanced chips are the driving force behind the iPhone.

Broadcom Inc. (AVGO), Micron Technology, Inc. (MU), and Cirrus Logic, Inc. (CRUS) are three longtime suppliers of chips to AAPL. These  companies have  strong business models, and we believe their exposure to AAPL increases the odds of their outperformance in the upcoming months.

AVGO is one of the largest suppliers to AAPL, garnering  nearly 20% of its revenue from the iPhone maker. The touch screen controllers, Wi-Fi chips, Bluetooth chips and  RF front-end modules that are manufactured by AVGO play a crucial role in iPhone and iPads. Its relationship with AAPL is stable because it signed a multi-year contract with the company in January 2020. As per the deal, AVGO will  sell $15 billion  of wireless components to the tech giant.

During the fourth quarter ended November 1, 2020, AVGO’s revenue rose 12% year-over-year to $6.5 billion, led by demand for networking from cloud and broadband from service providers. Its EPS for the quarter declined to $2.93 versus  $6.35 posted in the same period last year.

AVGO’s strong fundamentals are reflected in its POWR Ratings. The stock has an overall rating of A, which equates to Strong Buy in our proprietary rating system.

The POWR Ratings are calculated by considering 118 different factors with each factor weighted to an optimal degree.

It has a B for Growth, Stability, Sentiment, and Momentum. It is ranked #7 of 96 stocks in the A-rated Semiconductor & Wireless Chip industry.

In total, we rate AVGO on eight  different levels. Beyond what we have stated above, we have also given AVGO grades for Value, and Quality. Get all the AVGO ratings here.

MU is involved in the design, manufacture, and sales of memory and storage products globally. Compute and Networking Business, Mobile Business, Storage Business, and Embedded Business are the four segments through which the company operates. Memory products for the cloud server, client, graphics, enterprise, and networking markets, are among the products that MU produces.

MU has been supplying memory chips to AAPL over  the past decade. Due to the expansion last year of remote working and virtual learning, data centers have become critical. This is one of the core reasons behind the rise in MU’s memory chips. Even the iPhone 12 is a memory-dependent device, and MU is likely to see strong demand because of this.

During the first quarter, ended December 31, 2020, MU’s revenue climbed 12.2% year-over-year to $5.8 billion, driven by DRAM and NAND technologies. Its EPS for the quarter climbed to $0.71 from $0.43 posted in the same period last year. MU ended the quarter with cash and cash equivalents of $8.36 billion.

MU’s strong fundamentals are reflected in its POWR Ratings. The stock has an overall rating of B, which equates to Buy in our proprietary rating system. MU has a B  Grades for Value and Momentum Grade. It is ranked #30 in the Semiconductor & Wireless Chip industry.

CRUS is a fabless chipmaker involved in developing, manufacturing, and marketing analog and mixed-signal integrated circuits (ICs) in the United States and globally.  The company offers portable products that include codecs-chips that integrate analog-to-digital converters (ADCs) and digital-to-analog converters (DACs) into a single IC.

CRUS has been supplying audio chips for AAPL’s Macs, iPads and iPhones. Its revenue from AAPL accounted for 84% of its total revenue over the previous three quarters. The company’s audio processors, encoders, power controllers, and haptic touch chips are major components for iPhone 12. The company is likely to see a strong demand for these products due to  surging iPhone 12 sales.

CRUS’ revenue for the third quarter ended December 31, 2020 has surged 40% over the year to $485.8 million, led by growth in its  portable products segment. Its EPS for the quarter grew to $1.91 from $1.13 posted in the prior year period. John Forsyth,  CEO of CRUS, stated, “Given the strength of the current smartphone market cycle, and the new product introductions in the pipeline, we are excited about the outlook for the company.”

Analysts expect revenue for the quarter ending March 2021 to be $302.5 million, representing  an 8.3% year-over-year growth. Its EPS is likely to grow at the rate of 8.9% per annum over the past five years.

It is no surprise that CRUS has an overall rating of A,  which equates to Strong Buy in our POWR Ratings system.

CRUS has a grade of B for Growth, Value, Momentum, and Quality. In the Semiconductor & Wireless Chip industry, it is ranked #1.

In addition to the POWR Ratings grades I have just highlighted, you can see CRUS ratings for Growth and Momentum here.

7 Best ETFs for the NEXT Bull Market

About the Author: Namrata Sen Chanda 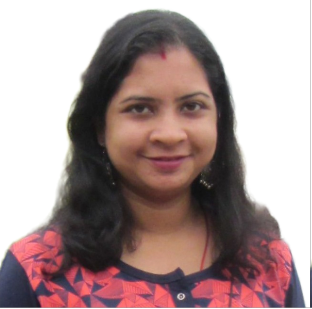 Namrata is an accomplished financial journalist, with nearly a decade of experience. She specializes in interpreting news releases and framing investment strategies, and has worked with some of the leading companies in real estate, banking, insurance, mutual funds, financial research, fintech, and investment education. More…

More Resources for the Stocks in this Article

Laptops priced below RM2,000 sold out in Ipoh

Laptops priced below RM2,000 sold out in Ipoh